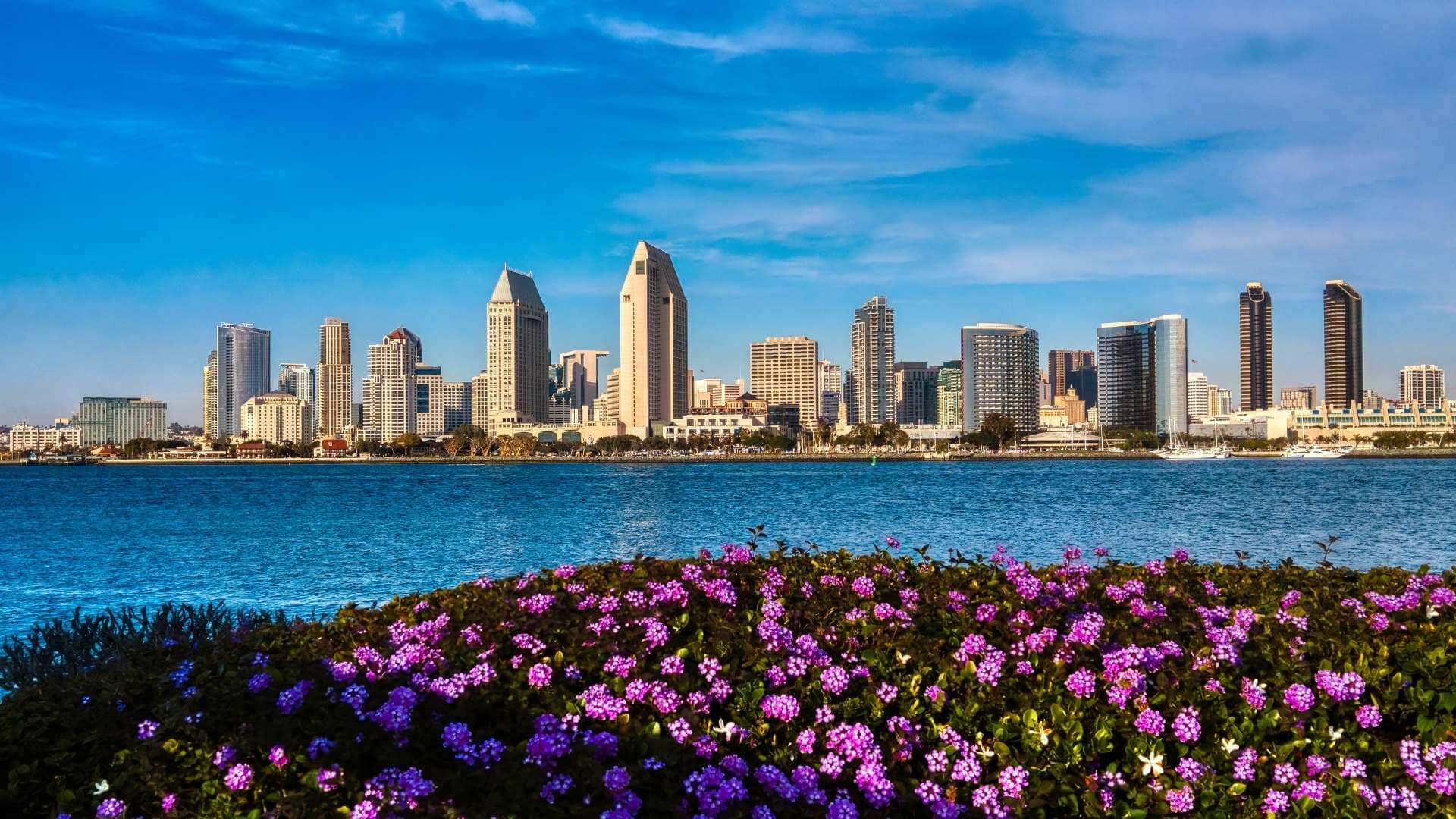 Thinking about moving to the San Diego area? If you want to experience the sunny beauty of America’s Finest City while avoiding the hustle and bustle of a city, you’re in luck. There are plenty of opportunities to live a quieter life in the suburbs.

Whether you’re interested in a secluded area or in an area that buzzes with activity, there’s a suburb for everyone near California’s second-largest city. Here are some of the best places to live near San Diego, California.

Carlsbad is located north of San Diego. Boasting a population of approximately 115,000, there’s something for everyone in this bustling beach town that is popular with tourists.

With a variety of things to do, families and individuals alike can always find somewhere to go. Legoland California, Seaworld, and San Diego Safari Park are all conveniently located nearby for day trips with memories that will last a lifetime.

Carlsbad also has a great arts and culture scene. Museums like the Museum of Making Music and the Miniature Engineering Craftsmanship Museum will leave visitors feeling inspired. Art galleries, theaters, and concerts located throughout the area are other great ways to get your creative juices flowing.

For any golfers out there, Carlsbad is a perfect location to hit the green. With a rich history surrounding the popular sport, spots like the Park Hyatt Aviara Golf Club (designed by the legendary Arnold Palmer himself) and the Omni La Costa Golf Course (previously conquered by iconic players like Tiger Woods and Phil Mickelson) are sure to satisfy beginners and pros alike.

Outside of fun things to do and see, Carlsbad is known as one of the wealthiest communities in the country, coming in among the nation’s top 20 wealthiest cities. While that means the cost of living is higher, the thriving industries in the area allow for plenty of opportunities to meet the elevated living cost.

Encinitas is also located north of San Diego, between Solana Beach and Carlsbad. Known as a popular spot for families and young professionals, the beautiful beachfront views and rich cultural life make the area, with a sizeable population of over 62,000, one of the best neighborhoods to live in around San Diego.

Once named one of the top 20 best surf towns in the world by National Geographic, Encinitas’ beaches are a staple in the community and in Southern California surf culture. Moonlight Beach and Swami’s are two of Encinitas’ most well-known beaches and surfing areas.

Moonlight Beach is a family-oriented beach with lots of recreational activities and fire rings for fun-filled days and nights in the sand. Swami’s, made famous by The Beach Boys, is a great area to surf the waves or wait your turn with a beautiful view of the ocean.

The San Diego Botanical Garden has 29 themed gardens stretched across 37 glorious acres. With trails, children’s gardens, conservatories, and more, anyone from hikers to casual nature enjoyers can find joy in this beautiful oasis.

Historic buildings that are the home of boutiques and small businesses line the coastal shopping district in Encinitas. Shoppers can enjoy food from sidewalk cafes or upscale restaurants while they walk around the area to make their purchases.

While the cost of living is not the cheapest in the San Diego area, the high-quality feel of the city and its schools, job opportunities, and stunning weather make the cost worth it.

With a population of over 175,000, the largest on this list, Oceanside is the perfect location for someone who wants to experience suburb living with a touch of city life. Known for its downtown area, food scene, and arts scene, there’s never a shortage of things to do and experience.

Oceanside has multiple museums for patrons to explore. The California Surf Museum is a staple for those interested in surfing and its culture. With exhibits about famous surfing legends, surfboards, the tie between pop culture and surfing, and more, it’s a fascinating stop for a day trip.

The Oceanside Museum of Art offers a look into the contemporary art scene in the area. With over 9,000 square feet of gallery space, the rotating exhibits on display can feature paintings, sculptures, light installations, and more. Additionally, the museum also has multiple workshops and events throughout the year that fine art enthusiasts and supporters won’t want to miss.

Oceanside’s culinary scene has made the city well-known for its food offerings. New dining venues have given way to food districts split up by neighborhoods that allow for unique experiences everywhere that you turn. Unique restaurants, beer gardens, taco shops, coffee houses, gastropubs, and sushi places are now located pretty much anywhere you look.

Tourism has just recently become a larger part of Oceanside’s economy, but the city has always been known as one of California’s military cities thanks to its strong connection to the Marines. Oceanside is one of the cheaper options for coastal living near San Diego, but the cost of living is still 40% higher than the national average.

Solana Beach, with a population of over 13,300, is known for being a walkable community without a huge amount of crowds and commotion. The suburb has consistently been ranked as one of the best places to live near San Diego thanks to its friendliness and small-town feel.

An interesting aspect of Solana Beach is that it splits into East and West neighborhoods thanks to the I-5, which runs right through the middle of the city. While the western part of Solana Beach focuses on beaches and coastlines, the eastern part of the city is more residential and focused on golf. The Loma Santa Fe Executive Golf Course and Loma Santa Fe Country Club are must-visits for golfers in the area.

A popular hiking destination in Solana Beach is Annie’s Canyon Trail. The trail is generally considered an easy route and only takes about an hour to complete, so it’s a quick way to see some beautiful scenery in the area. Fletcher Cove Park, another destination in Solana Beach, is also known as the “Pillbox” locally due to its gunnery installations during World War II. It’s a popular place to swim year-round and is famous for sunsets.

The Cedros Design District has over 85 merchants and is a popular shopping area filled with art and sound. The district is filled with independent small businesses and boutiques, including the Belly Up, a famous tavern that dishes out tunes almost every day of the week.

The cost of living in Solana Beach is at a slightly higher price point than other surrounding suburbs. The tight-knit nature of the community and high-quality education in the area are highly sought after. Career advancement opportunities are available as well, so Solana Beach is a good fit for young professionals. 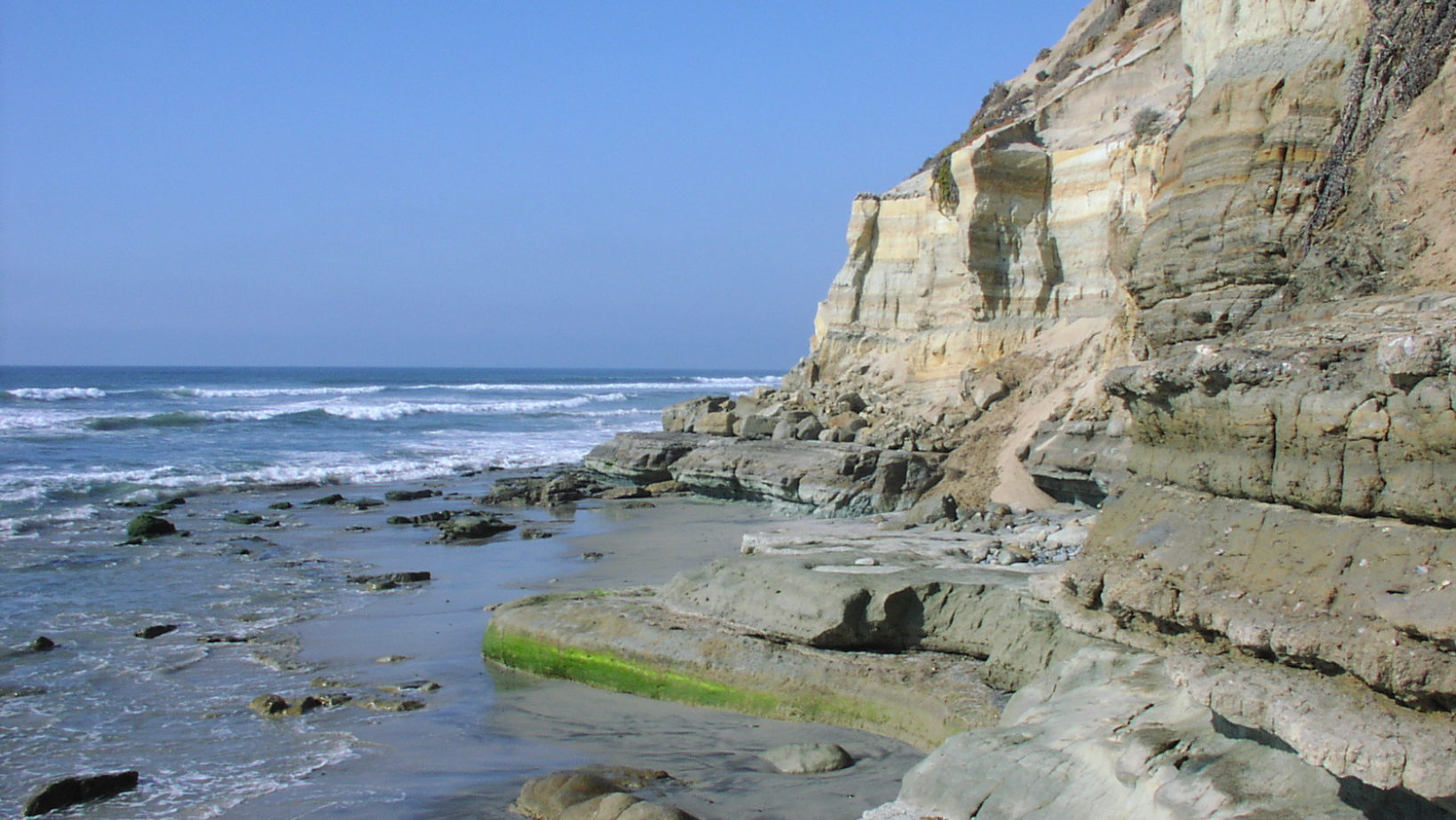 With a population of over 4,300 – the smallest on this list – Del Mar is a quaint seaside area with glamorous Hollywood ties that date back to the days of silent films.

The Del Mar Thoroughbred Club, fittingly described as where “the turf meets the surf,” is one of the biggest venues for horse racing in the United States. The racing season is only between July and September, but the races leave their impact during the summer months every year.

While parents watch horse races at the racetrack, kids can enjoy a variety of free rides, games, and activities. With the additional free concerts on the Seaside Stage, the Del Mar Thoroughbred Club is a fun place to spend a summer day in the area.

Also known as the River Mouth, Del Mar’s Dog Beach is, well, a beach where you can bring your dogs! Not all beaches in California are dog-friendly, so if you have a furry friend of your own, Dog Beach is perfect for you.

Thanks to Del Mar’s unique geography and favorable weather, it’s one of the few places in the world where a hot air balloon can fly both at sunrise and at sunset. It’s a sight you don’t want to miss.

With all of the great family-friendly experiences and locations in the area, Del Mar is a great area for families to live. The cost of living is expensive, but the area has a lot to offer.

Coronado has a population of over 24,500 and is described as a small beach community with an island feel. Similar to Oceanside, Coronado is popular with current military personnel and ex-military personnel due to the city’s connection with the Navy.

The Hotel Del Coronado is a gem with a lot of history. Over the years, the hotel has opened its door to many celebrities, presidents, and royalty. There were multiple movies filmed at the Hotel Del Coronado, including Marilyn Monroe’s famous movie Some Like It Hot. L. Frank Baum, the writer and creator of The Wizard of Oz, did a lot of his writing there as well. If you’re a fan of Old Hollywood, it’s a location worth checking out.

For those who enjoy exploring, taking a tour of Coronado on a weekend or a day off would be a great way to get your fix. There are many ways to tour Coronado, whether you take a ferry, electric bicycle, electric scooter, Segway, or simply walk around the island.

The beaches in Coronado are beautiful, and Coronado Beach is no exception. It runs for two miles and is famous for its stunning sunsets. With gold mica in the sand and bright blue bioluminescence in the water at night, Coronado Beach is a worthwhile trip to make for families and individuals alike.

Like many other cities and suburbs in California, the cost of living in Coronado is high. The mix of urban and suburban is in high demand, and the prices reflect that.

La Jolla, the last city on our list, is known as an upscale area. Its nickname, “the jewel” of San Diego, is definitely fitting when you look around at the area’s natural beauty. With stunning views and plenty of high-end activities to go around, La Jolla mixes luxury with leisure. It’s no wonder that it’s one of the top places to move to near San Diego.

Education is important in the La Jolla area. Some of the best public schools in the state of California are located there. Despite its name suggesting otherwise, the University of California, San Diego is also located in La Jolla. For families and young individuals who value quality schooling, La Jolla is a great place to consider.

The Children’s Pool in La Jolla may seem like a swimming spot, but it’s actually a fantastic place to see harbor seals up close. Named the “Children’s Pool” due to a seawall that was built to protect kids from incoming waves, the area was taken over by a seal colony after the area slowly filled up with sand over the years.

People aren’t allowed to swim there anymore, but walking along the sea wall is a unique experience that can’t be replicated anywhere else. However, La Jolla Cove, which is close to the Children’s Pool, is a great location to go swimming or snorkeling. The La Jolla Underwater Park is as well.

With a population of over 46,000, the area is quite popular among residents. Due to the upscale nature of La Jolla, the cost of living is higher, but there is a high employment rate and a high median salary as well. The risks are worth the reward.

Ready to make the move? Don’t hesitate – contact us for a free moving quote today! 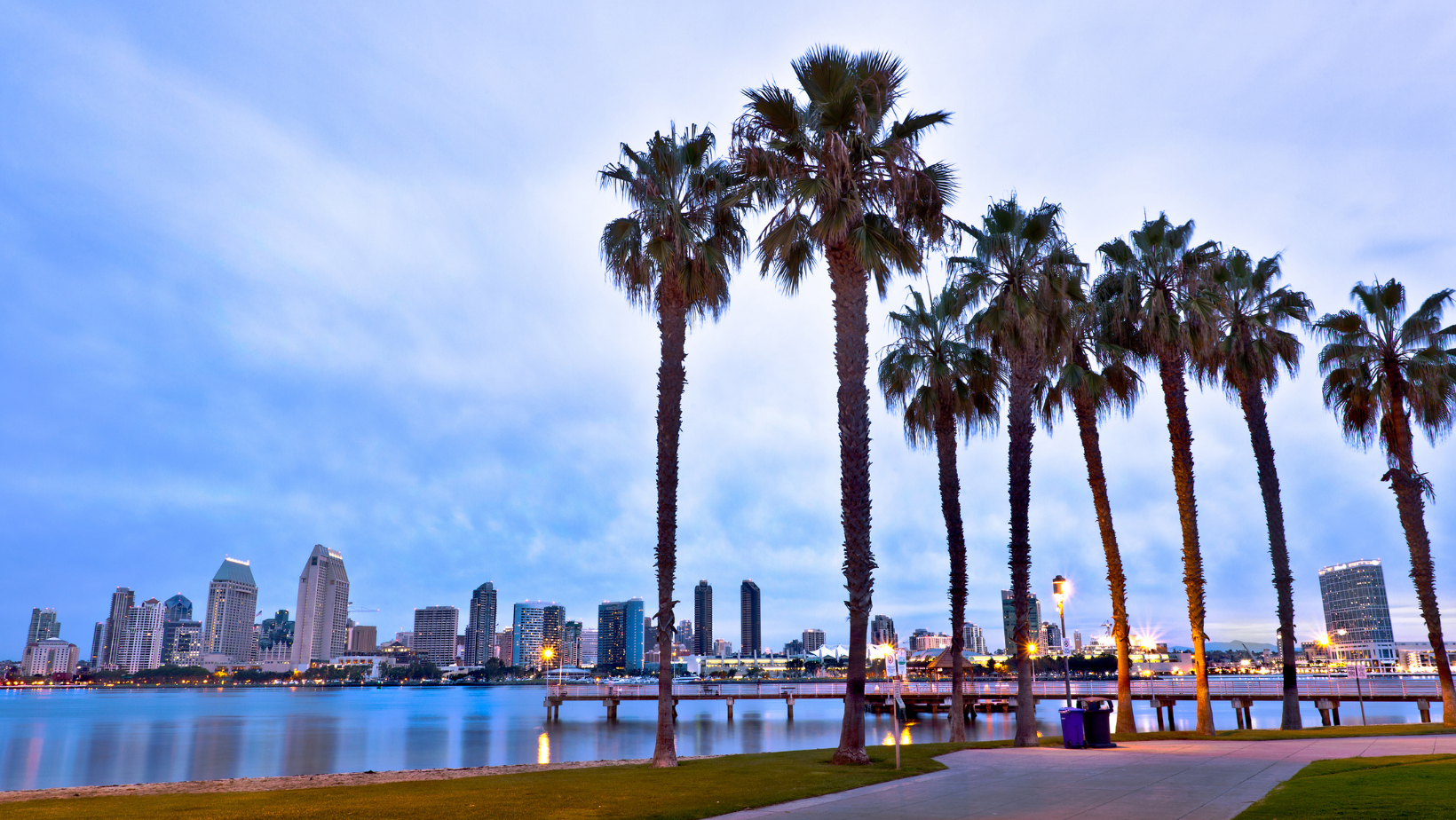 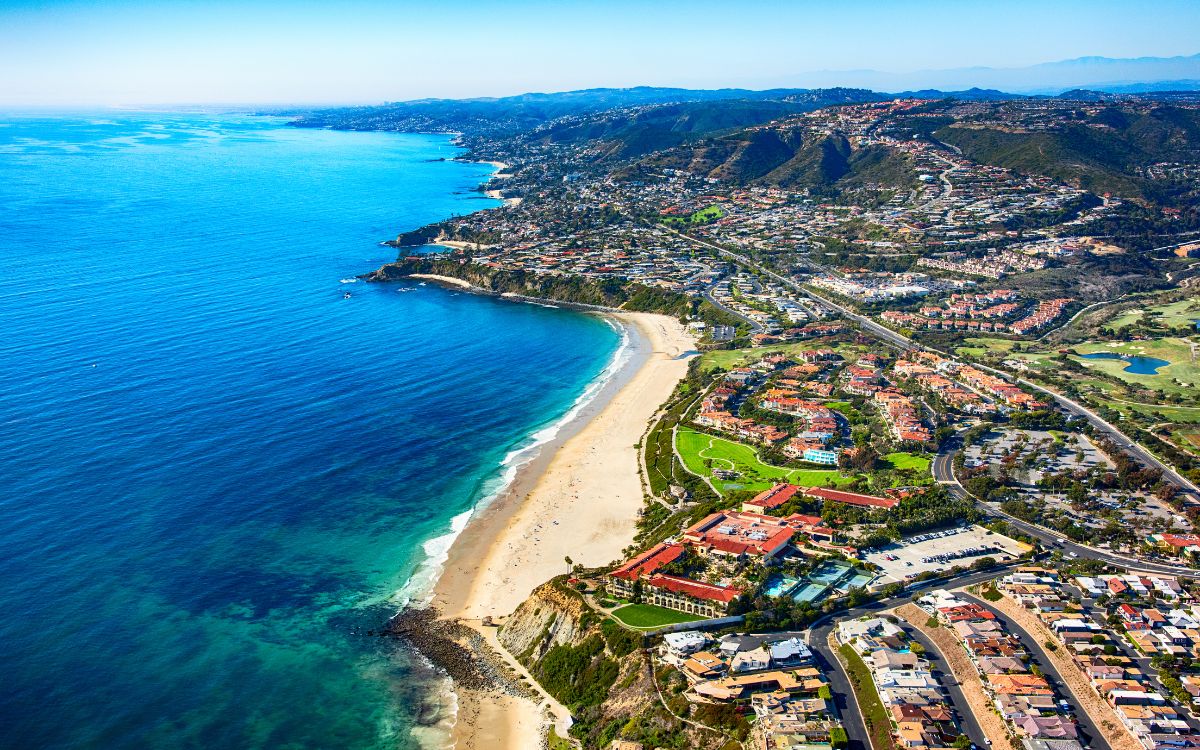 What to Do After Moving Into Your New Anaheim Home 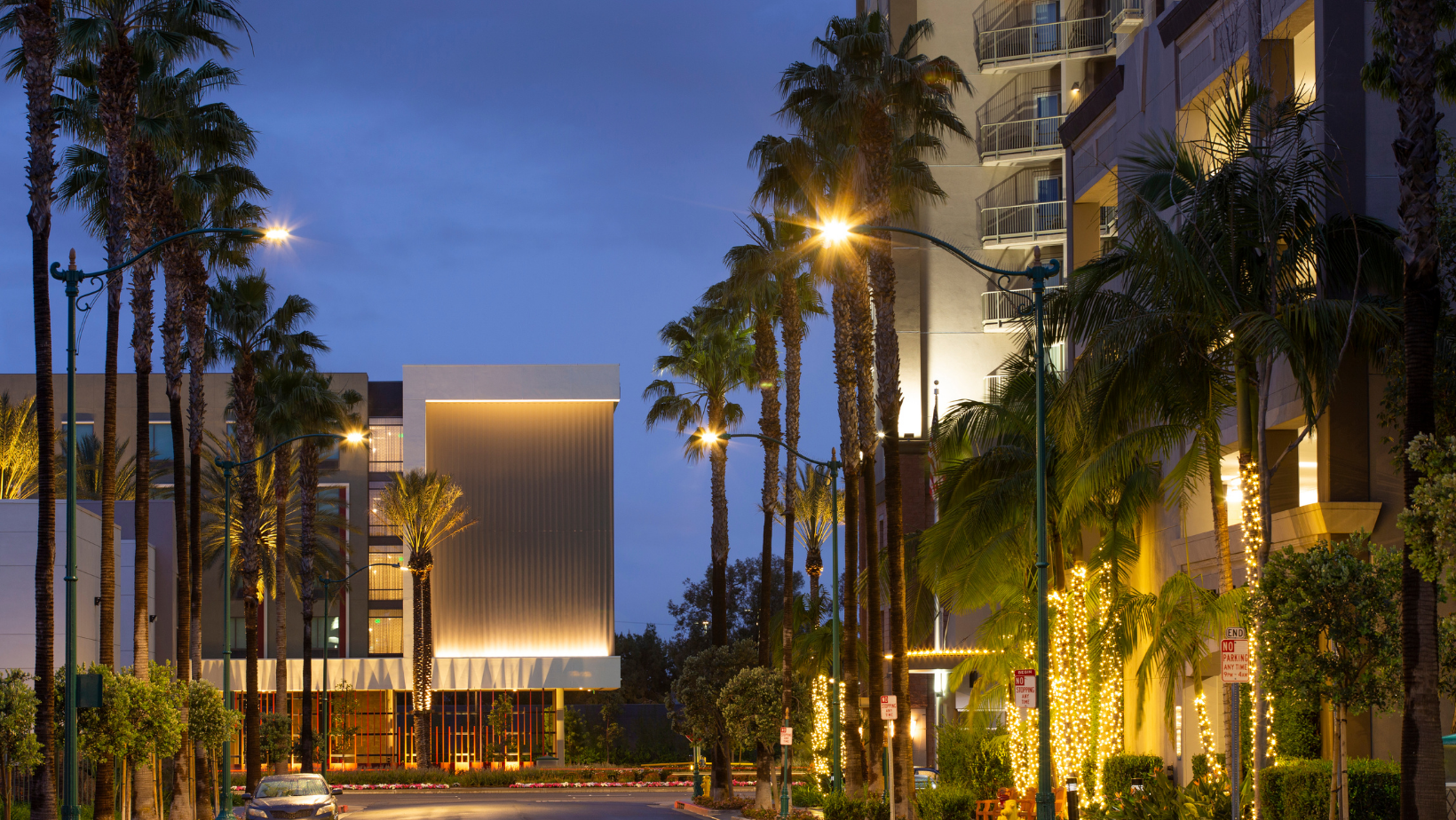 Top 10 Fun Things to Do in Irvine, CA 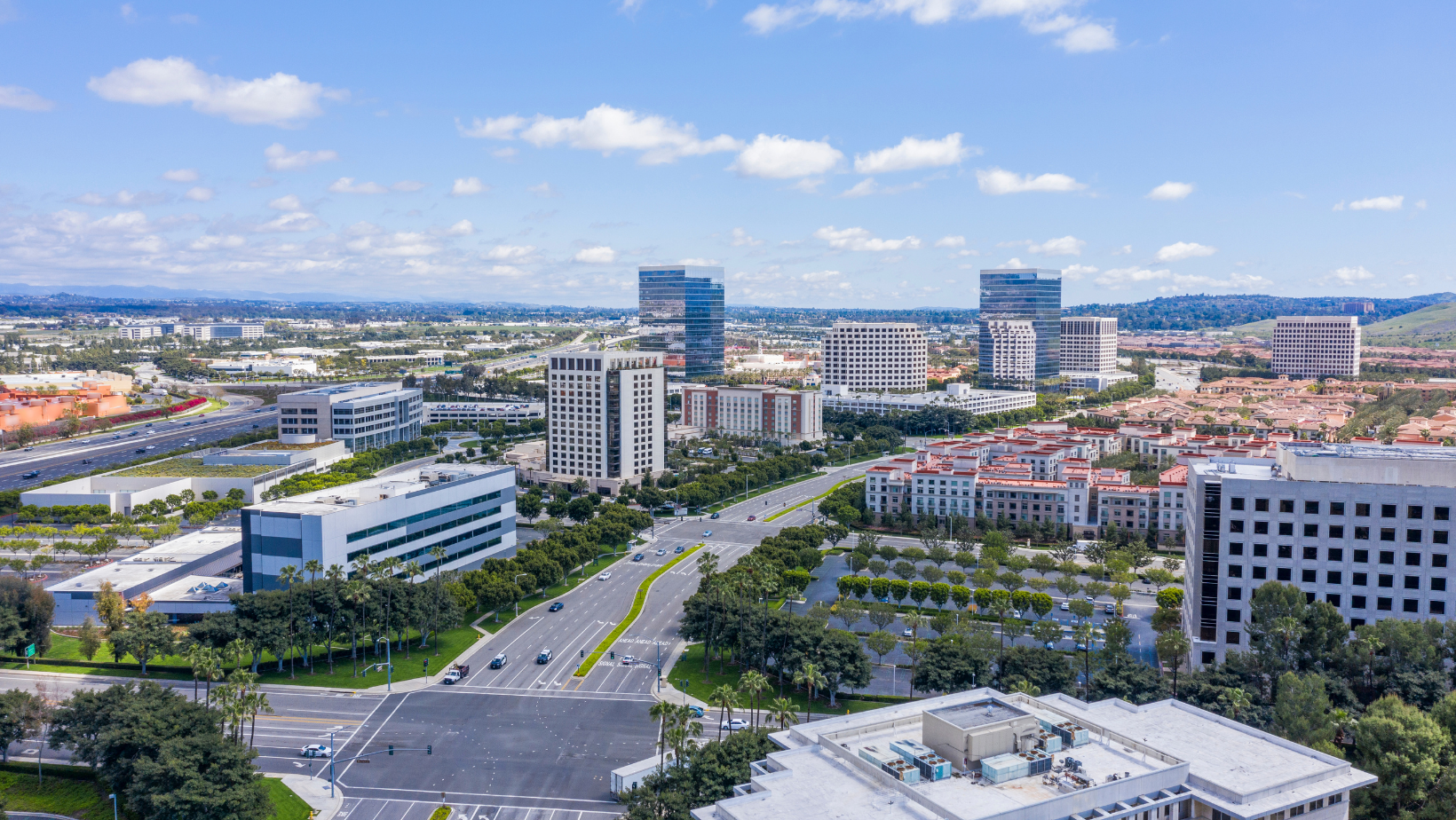